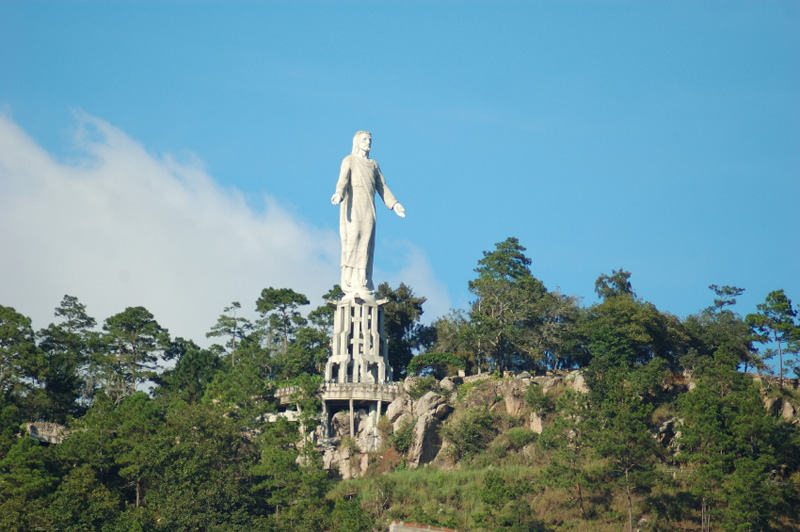 La Tigra National Park is close to the capital of Honduras. Its boundaries are a mere 14 kilometers from Tegucigalpa, which is located in the southern region of the country. La Tigra was initially established as a reserve in 1952 and then became Honduras’ very first national park in 1980.

The park’s boundary covers an area of approximately 23,571 hectares, with parts of La Tigra reaching altitudes of 2270 meters. Prior to the land being declared a protected area under Honduran law, large areas were deforested. The mining company in the area constructed a road through the cloud forest in order to connect Tegucigalpa and La Rosario. They cut down precious primary cloud forest trees for use in the mines. Despite the deforestation, La Tigra National Park still has an abundance of excellent features well worth exploring.

The high altitude of the park means that it is home to many areas of cloud forest, which is an ideal environment for oak trees to thrive. Cloud forests are forested areas covering mountaintops and contain an array of plant life, including lianas, vines, bromeliads, mosses and ferns.

For enthusiastic bird watchers La Tigra National Park is the best opportunity to see the majority of Central America’s highland endemics in the cloud forests. The park is also home to arid broadleaf forest and highland forest. Birders could expect to see quetzals and perhaps be fortunate enough to spot blue and white mockingbirds, rufous-browed wrens, wine throated hummingbirds and green breasted mountain gems. The park is home to a wide selection of mammals including ocelots, pumas, peccaries, white tailed deer, armadillos, opossums, and agoutis.

In addition to being so close to a major city, one of the main reasons for La Tigra’s popularity is because of its extensive and well-marked trail system, making the area readily accessible to visitors. The paths range in difficulty, with some paths being comfortable enough for families to walk with children, and then others for the more adventurous hiking explorer. La Tigra has six main trails and all of these can be managed without a guide, as long as visitors stick to the marked paths. La Cascada trail is 9.5km long and crosses from one entrance of the park to the other. On this route visitors can also enjoy a waterfall.

There are two entrances to the park, which are Jutiapa and El Rosario. Jutiapa is on the West side of the park and El Rosario is on the east side of the park. Both entrances have a visitors centre, and people are also able to camp at these access points, but they do have limited facilities. Jutiapa also has dormitories available for visitors to stay in. La Tigra National Park costs US$10 to enter, and people are advised to wear warmer clothing, as the high altitudes means the climate is cooler in the park, especially at night.