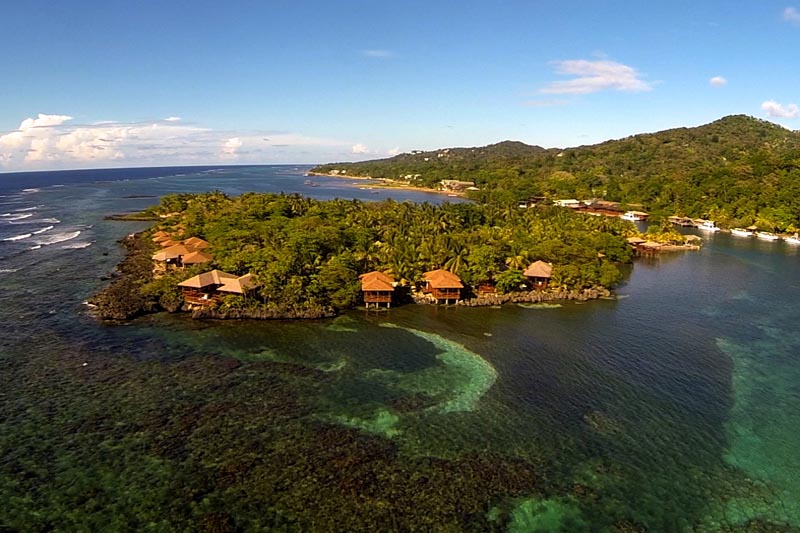 The best time to visit Roatan is always now, but it’s never been truer than it is for 2016. That’s because Roatan is officially on the hot destination list!

By the end of 2015, our beautiful island had racked up plenty of credentials from the likes of CNN, Islands Magazine, TripAdvisor, and more. If you’re hoping to visit Roatan while it’s still quiet and untamed, you’d better hurry before too many tourists read all these great reviews and write-ups and book their own vacations to paradise.

In the 2015 Traveller’s Choice Awards by TripAdvisor, Roatan was voted the #3 island in the entire world. Votes from travellers who have been here mean much more than any other award!

Roatan is listed as one of the best islands to live on and to retire to in Islands Magazine.

CNN named Honduras one of its Top 16 Destinations for 2016, calling it one of the hottest destinations in Central America according to travel industry insiders.

Roatan features as one of “5 Caribbean Destinations You Haven’t Considered (But Should)” on The Huffington Post.

The Star recommends Roatan for its stunning coral reef and intriguing cultural history.

The Globe and Mail recommends Roatan for beaches and an adventure.

Beyond all this great press, Roatan was also featured in several reality TV shows in 2015, including episodes of HGTV’s House Hunters International and Caribbean Life.

A feature film, Un Lugar en el Caribe (A Place in the Caribbean), was also filmed in Roatan in 2015 and is scheduled to premier in early 2016. This story of finding love in paradise is a popular theme for Roatan!

All this to say: Roatan is on the map. This is the year to travel to Roatan, before it gets too busy and while it still maintains its character.

Roatan is one of very few places left in the Caribbean still boasting charming homes built on stilts over the water; Roatan residents are still celebrating local Garifuna culture with language, dance, and festivals; Roatan is still a lush, verdant island that looks almost untouched as you approach from air or sea.

This is the year to visit Roatan, the Gem of the Caribbean.

Plan your trip to Roatan using Roatanet.com as your guide. We can help you find the best accommodation in Roatan, the best things to do in Roatan, and the best places to eat in Roatan.

If you’re ready to take the leap and move here to join us in paradise, we can also help you locate the best real estate agent for your needs. Roatan offers one of the only MLS systems you’ll find in the region, allowing all the island real estate agents to work together to help clients find their dream homes.

Take a look at all the information we have available, and start planning your visit to Roatan today.