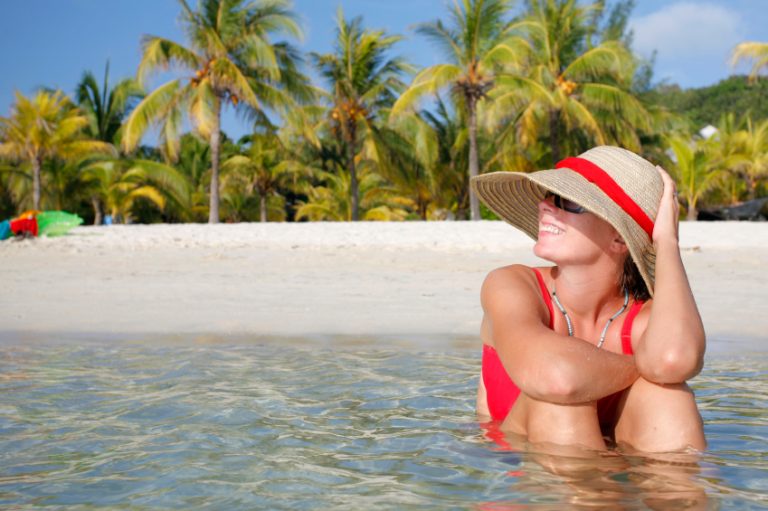 Divers will be happy to hear that underwater visibility in Roatan is typically 80 to 100 feet and the good news is that diving spots can be found on both sides of the island. When the weather is bad on one side of Roatan, there is a chance that weather may be great on the other side with ideal conditions for scuba diving. Water visibility is high even during the rainy season. The only two months that are not perfect for diving are November and first part of December. The visibility is okay, but the cooler water temperatures make it difficult to explore wrecks and dives.

The Rainy Season (October to February and June to July)

Unlike other countries where rain is pouring all the time during the rainy season, Roatan is well-known for having mild rainy seasons with plenty of opportunities for water activities. For example, February gets only inches of rain over 10 days, which means that around 18 days in February have no rain. September is also similar with an average of 16 days without rain and high water visibility. On the other hand, October, November and first part of December come with more rainy days and the water temperature can go below 75 F. This is considered the low season, as rates are cheap and there are definitely fewer visitors on the island.

The best time to dive in Roatan is in April and May. The weather is warm and dry and the water visibility is ideal. In case you were hoping to spot some whale sharks, head out to the island between the end of February and April. Although October signalizes the beginning of the rainy season, it’s also a good month for diving adventures in Roatan. During this time of year, hotels and dive shops offer discounts, which is a big plus if you are on a tight budget.

Best Time to Beat the Crowds

Some travelers wish to avoid all the hustle and bustle of the high season, but still, want to enjoy the tropical climate of Roatan and have the opportunity to swim and dive in its waters. There are also those who wish to save on accommodation and maybe find diving equipment at lower rates. Low season in Roatan is the summer and autumn months, while the shoulder season is from May to August. September offers a lower travel cost than May, while February, March, and April are all prime months with higher rates.