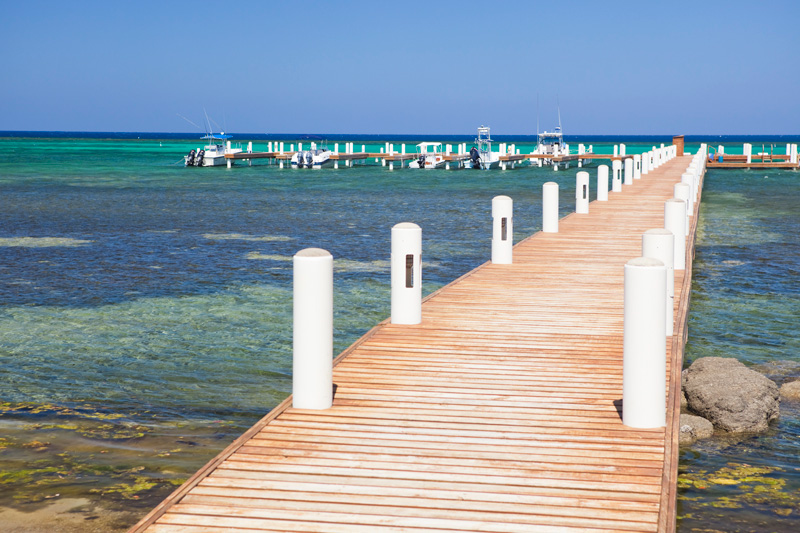 Located in the Bay Islands of Honduras, Roatan has remained the hidden jewel of the Caribbean for many years. In recent years though more and more divers, travelers, retirees and families are discovering the wonders and treasures of Roatan in part due to a variety of international press which rates it. Find out how!

Soak up the Caribbean sun this winter!
Charlotte Travel Examiner

Or hop a flight to Roatan, Honduras via Delta’s weekly flight through Atlanta or Continental’s numerous flights via Houston. This paradise island has become popular with cruise lines in the past few years, but it still features an unusual sense of seclusion and privacy. The island of Roatan is a mecca for divers and snorkelers who flock to see the world’s second largest coral reef in person…..

Roatan, Honduras — One of the challenges of a family vacation is finding something a whole family might actually want to do. For the active and slightly adventurous, scuba diving can be the ticket. Resorts and related programs increasingly offer both diving for adults and lessons for children. It’s an excellent and painless — if not inexpensive — way to teach kids to have a love of the ocean and an active, engaged life.

Up-and-Coming Spots – Honduras, home of the largest coral reef in the northern hemisphere, is behind the tourism curve, as just 383,000 non-Central American tourists visited the country in 2007. This is starting to change. Leffel recommends the island of Roatan off the country’s Atlantic coast, where travelers can expect warm weather and wallet-friendly hotel deals…..

Exotic but not expensive … where?
Boston Globe

Visitors can find fabulous deals on scuba diving packages on Roatan Island. This Caribbean island sits next to the second-longest coral reef in the world, and every hotel seems to offer package plans no matter the season….. View full article.
Seven Wonders Seven Times the “Wow” – It’s no “wonder” that Roatan is making so many “it” lists.

From the second largest barrier reef in the world, to climbing green iguanas to playful dolphins frolicking in the turquoise water, nature has given Roatan its fair share of wonders and then some. Yellow hibiscus, scarlet parrots, neon blue fish are part of this colorful mosaic of coral reef, sandy beaches, mangrove canals, lush valleys and jungle hilltops.

On this sleepy island off the coast of Honduras, the main tourist drag is a sand road lined with coconut trees and hand-painted signs touting $2 beers. Backpackers in flip-flops and scuba divers still wearing wet suits wander between dive shops, colorful souvenir stalls and fruit stands. Restaurants with thatched roofs are cooled by ceiling fans…..

Pick your paradise in the Bay Islands
MS NBC

The sleepy Honduran island of Roatán, known for scuba diving and fishing, is waking up with big plans, with both Royal Caribbean and Carnival building new cruise terminals there, and the Westin Resort & Spa Roatan scheduled to open in mid-2008….

According to Lonely Planet, Roatán has seen a rise in tourism and has experienced increasing popularity as a diving hotspot; conservation efforts are in place to maintain the beauty of the reefs as more visitors flock to the island. Roatán is also becoming an increasingly attractive residential area…..