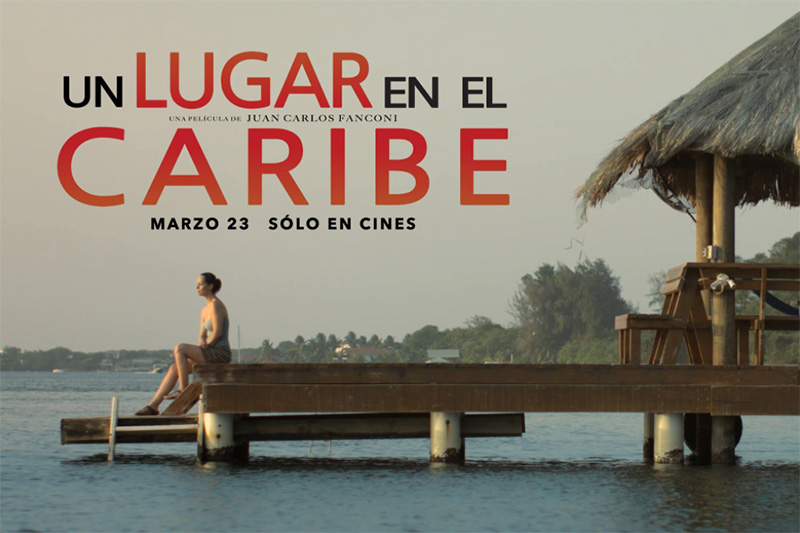 We’ve been waiting a while for this exciting news…get ready to see Roatan in cinemas soon! Un Lugar en el Caribe is a feature film that doesn’t just highlight the beauty of the island of Roatan; it shows our extraordinary way of life. If you’re dreaming of being in Roatan, if you’ve ever visited Roatan and want to relive your memories, if you’ve fallen in love with Roatan, be sure to catch Roatan in cinemas soon.

Filmed mostly on-site in Roatan, Un Lugar en el Caribe tells a story all-too familiar to many expats here on the island. Stories of falling in love with the island itself, with the way of life here, and even with a certain someone.

The highly anticipated film launches in cinemas on March 23rd. If you’re based in Honduras, you can also participate in a giveaway on their Facebook page to win a trip to Roatan!

The film is in Spanish and English, which is a perfect reflection of the language diversity in Roatan.

Production costs are very competitive in Roatan and significantly lower than in the U.S., Canada, or elsewhere in the Caribbean. Roatan offers low costs of labor, transportation, lodging, meals, and activities. You’ll find that the locations, facilities, and services available on Roatan offer world-class quality and value.

Roatan could be your next filming destination. Contact Roatan Film to get started.