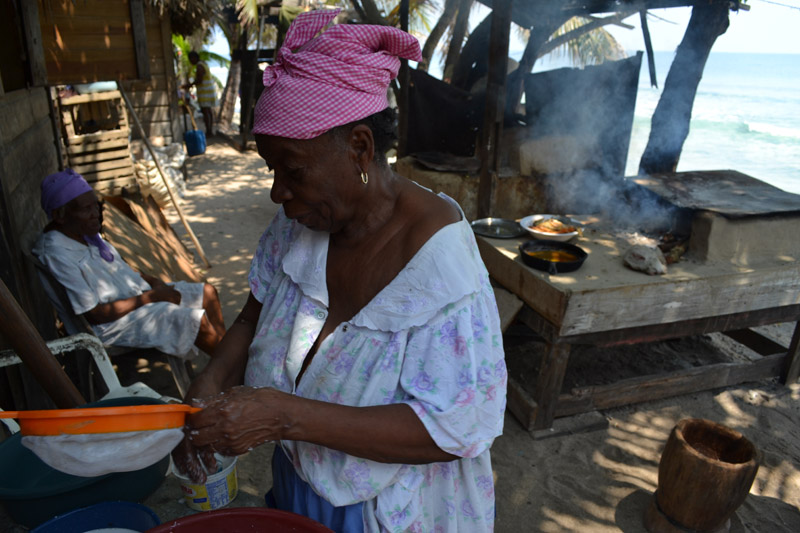 Each April in Roatan, there is a wonderful cultural celebration that simply cannot be missed. Head to Punta Gorda on April 12th to celebrate the anniversary of the arrival of the Garifuna on Roatan in the 1790s.

You will find small Garifuna communities scattered about Central America, including this community in Punta Gorda on Roatan, another community on the Honduran mainland, and then more communities in Guatemala, Nicaragua, and Belize as well. There are even large communities in several U.S. cities, including Los Angeles, Miami, and New York.

The culture is alive and well, with most community members still speaking their traditional language, sharing traditional cuisine, and celebrating with traditional dance. You can visit Punta Gorda throughout the year to learn more about their culture and history, but on April 12th, it’s all about the celebration.

The Garifuna first arrived in Roatan on April 12, 1797. They had been sent away from the islands of St. Vincent after being defeated in a second war against the Europeans in the region. With this failed attempt at maintaining their independence in St. Vincent, approximately 5,000 Black Caribs were shipped off the islands and sent westward.

Upon landing on Roatan on April 12th, many of the group decided to stay, while the rest continued on toward the mainland. Those communities they formed in Roatan and along the Central American coastline are all known today as Garifuna communities.

The Garifuna are historically a mixture of West African, Central African, Island Carib, and Arawak peoples. This blend established a unique culture with its own language and traditions evolving from each of the intersected historical communities. Today, the Garifuna are one of a very small number of communities with West African roots that still maintain their traditional culture in the Americas.

It is estimated that there are about 600,000 Garifuna in the Americas today, including all the communities of Central America and those in the United States.

On April 12th each year, you can head to Punta Gorda to celebrate with the community. A feast of local fare is prepared and stories and dances are shared throughout the day, leading into the night when the party continues. You won’t want to miss the re-enactment of the original arrival to Roatan and the march or parade along the bay.

This is an all-day celebration outdoors, so keep that in mind if you’re unaccustomed to the high tropical heat!

Popular food and drink you’ll see might include coconut bread, cassava, plantains, soup, and – of course – there will be some local island brew as well. Guifiti is the traditional Garifuna drink, typically comprised of rum and a mixture of roots and herbs. Individual recipes vary and are passed down within families.

The drink is incredibly potent, so tourists especially should be warned to only drink in moderation. Its medicinal qualities have been studied by many outside the Garifuna community, but because every bottle of guifiti is homemade with a unique recipe, it is impossible to definitively identify medicinal qualities of the drink.