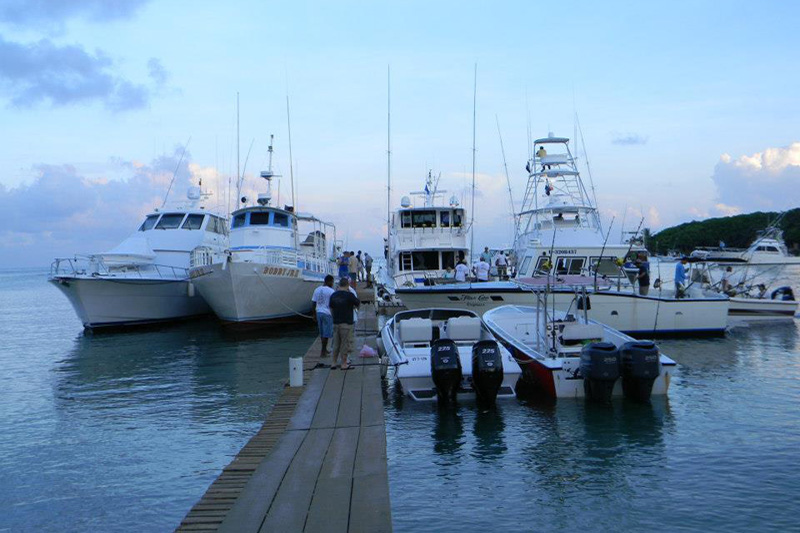 The International Fishing Tournament is Roatan’s largest annual event, bringing people from all around the world to Roatan for a week of fun and entertainment. With events planned throughout the week, you don’t have to be a participant in the fishing tournament to enjoy the atmosphere on the island.

“We have a huge Carnival in West End Town and the fishing tournament is smack dab in the middle of the Carnival,” says Loren Monterroso, a member of the Fishing Tournament Committee. “So you have children, older people, families, everybody walking the streets; all kinds of local food, drinks, live music, and the fishing tournament right in the middle of it. It makes for a spectacular vacation.”

The Roatan Fishing Tournament prides itself on having been the first established Catch and Release Tournament in Honduras. Any boat bringing in a marlin or sailfish will be disqualified from the event, thus losing all entries. The only exception is a record breaking Blue Marlin, which must be over 708lbs.

In addition to the event being a Catch and Release style tournament, the event has also partnered with The Billfish Foundation’s Tag and Release program in an effort to track the billfish in the area. Traditional tagging data reveals information including migratory patterns, age and growth rates, diving depths, and sex ratios. All of this information assists in not only tracking billfish, but also in creating better management policies for better conservation efforts.

Roatan is well known as a sport fishing destination. With the proximity of the world’s second-largest barrier reef system so close to shore, anglers can expect to be over 2,000 feet of water in a matter of only five to ten minutes. While many other fishing destinations involve a boat ride as far as 60 miles from shore, Roatan’s ideal location allows for convenience and comfort.

“I would say the fishing here is on par with some of the top destinations in the world as far as variety and species and the distance you have to actually travel,” says Chris Rosales, another member of the Fishing Tournament Committee. “That’s something pretty unique.”

The Roatan International Fishing Tournament serves as an Offshore World Championship qualifying event and is supported by The International Game Fish Association.

The 16th Annual Roatan International Fishing Tournament will be held September 11th-14th, 2015. Proceeds from this very popular event not only go toward promoting local, national, and international tourism, but also to several charities, including the following:

Little Friends Foundation: This foundation was formed by a group of concerned islanders to improve the health care system of the island.

Bay Islands Coastal Clean-Up: This organization was formed to help clean our coastal areas with the effort to raise awareness of the importance of good environmental practices.

Roatan Lions Club: This organization is an international nonprofit whose slogan is “We serve.” Their work is focused on developing local projects in education and health.