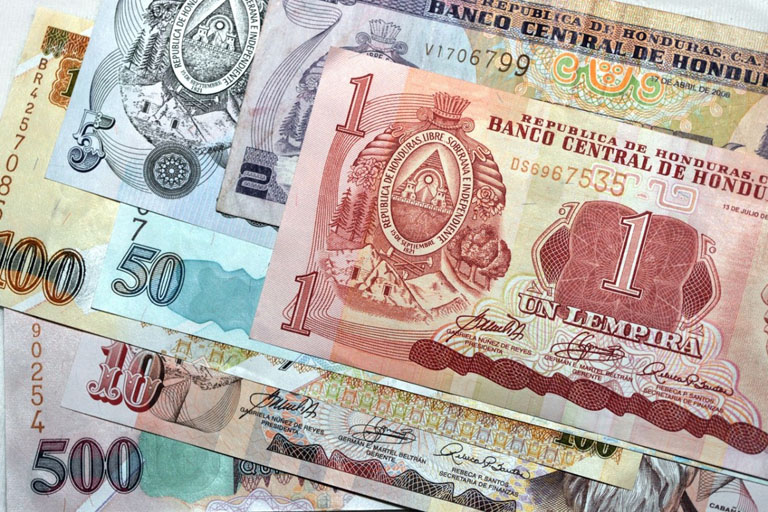 The currency in Roatan is the Honduras Lempira. It was named after a ruler of the Lenca people who led a revolution against the Spanish conquerors in the 16th century. The currency was introduced in 1931 when it replaced the peso at par. Lempira is available in both paper bills and coins. The smallest bill is L.1, while the largest bill is L.500. Other paper bills include the L.100, the L.50, the L.20, the L.10, the L.5, and the L.2. The coins are used on rare occasions, although travelers may receive them in banks and grocery stores.

Keep in mind that the exchange rate fluctuates and varies from business to business. The current exchange rate is approximately L23.5 (2018) to one USD. The good news is that over the years the dollar has strengthened against lempira and you will definitely get value for US dollars while vacationing in Roatan. An important thing to remember is that no matter in what currency you pay in Roatan, it is not guaranteed that change will be given to you in the same currency.

Can I Pay in Dollars in Roatan?

What’s great about Roatan is the fact that you can pay in both US dollars and Honduran lempiras here. You should know that if you pay in dollars, there is a chance that you will receive change back in lempiras. In case you bring US dollars to Roatan, make sure to have $1, $5, and $10 dollar bills, as merchants sometimes don’t have enough change. You can also pay in mixed currency which is great.

Visitors from the US are surprised by the fact that most businesses don’t accept damaged or ripped US dollar bills. The banks in Roatan won’t except damaged paper bills and this is why most businesses are reluctant to accept them. Before coming to Roatan, make sure that all of your dollar bills are clean with no tape or missing parts.

There are ATM’s throughout Roatan. There is an ATM at the airport and most people say that this one is the best on the island. It’s also a ATM here that has US dollars. There are two ATM’s in West Bay, one at Mayan Princess, and one in West Bay Mall. Most of these ATM’s have a maximum limit of 5,000 lempiras or around $220. It is best to have some reserve cash at all times.

Can I Use My Credit Card in Roatan?

You can use your credit cards in Roatan and you can pay with them in most of the hotels and restaurants on the island. Some smaller restaurants and shops only accept cash, so make sure to have cash when visiting these spots. You can also pay for large excursions with a credit card in Roatan.

Start Planning Your Trip to Roatan