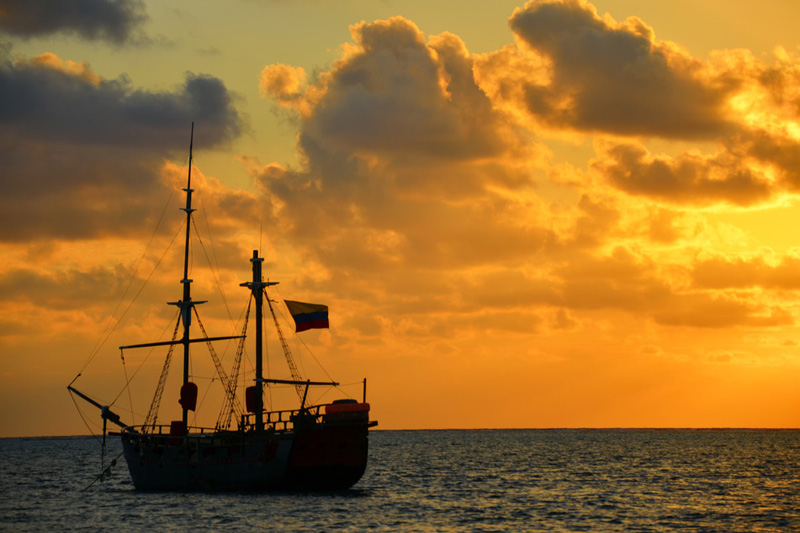 We’ve all heard stories and seen movies about people lost on what seems to be a deserted island before. Robinson Crusoe, the film Cast Away, and the television shows Lost and Gilligan’s Island are just a few fictional examples, but these things happen in real life as well. The reality is never as fun as the fiction might make it out to be though, and one castaway named Philip Ashton is proof of that. Ashton was a castaway on the island of Roatan for about sixteen months between 1723 and 1724.

From Nova Scotia to Roatan

Born in 1702 in the town of Marblehead, Massachusetts, Ashton was to become one of the most famous castaway cases the world has ever seen just two decades later. When his story came to light and he published his memoirs about his experience, some people did not believe him. They wondered how someone could have traveled so far and made it all the way down to Roatan. It turned out there was an answer.

How did Ashton travel all the way from Nova Scotia, where he was fishing, to the Caribbean island or Roatan? In 1722, Ashton ran afoul of some pirates while he was fishing, and they abducted him and brought him aboard their boat. There is even written proof that this happened to him just as he said. In the July 9, 1722 edition of the Boston News Letter, he was listed as one of the people captured by Edward Low, a notorious pirate.

As the story goes, Ashton was not very cooperative with the pirates, and they did not like this at all. Quite often, they would threaten him if he did not cooperate. They traveled south with him, bringing him into the Caribbean and eventually to the island of Roatan.

It was when they landed on the uninhabited island in March of 1723 that he made his escape. He ran and hid out in the jungle. Eventually, the pirates grew tired of looking for him. They figured that Ashton was more trouble than he was worth, so they decided to leave him. In their minds, they probably thought the island would do him in, and it was better than dealing with him on the ship since he was so uncooperative. He proved the pirates wrong though. The island did not get him.

In fact, Ashton was able to survive for sixteen months even though he had to deal with the heat, the insects, and the wildlife on a constant basis. He did not have any equipment with him, and the only things he could eat in the beginning were fruit and whatever he could get with his hands. He eventually met another castaway who did have some equipment. According to Ashton, the Englishman left one day and never came back. He did leave behind a knife and other items essential for survival, which Ashton was then able to use. This made his survival much easier until he was rescued by a ship called Diamond that was from Salem, Mass.