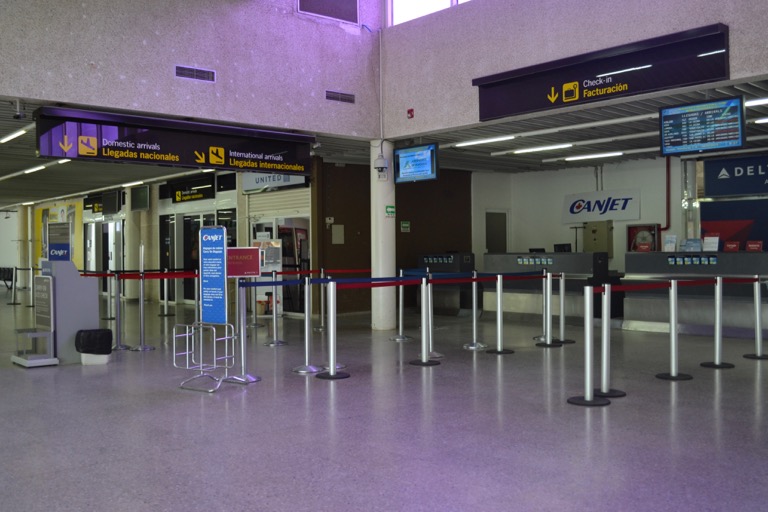 The Roatan International Airport (RTB), which is also known as the Juan Manuel Galvez International Airport receives almost a quarter of the air traffic of Honduras, and many regions (including Canada) have recently launched direct flights to the island. The airport is located within the island of Roatan which is approximately 35 miles off the coast of Honduras. The airport welcomes a large number of tourists each year. It is the only international airport in the Bay Islands of Honduras. It is also Central America’s 10th busiest airport.

The Roatan Airport has been operating since the 1960’s, but its international terminal was introduced in 1993 and opened to tourists in 1995. It welcomes both private and commercial traffic, and is used for both domestic and international flights. With increased tourism, the Roatan International Airport is increasing the number of flights in and out of Roatan every year. Roatan is slowly becoming one of the most notable travel destinations in Central America.

The airport itself is considerably small with a long landing strip. The location of the airport is quite convenient for vacationers, as it is on the western side of Roatan and near West Bay and West End. It’s also only 3kms away from Coxen Hole which is the main township in Roatan. The airstrip has a view of the deep blue waters of the Caribbean. The airport’s interior was remodeled in 2013 and has a chic and modern look with a number of eateries and dining options. The souvenir shops are also well established so that if you don’t find the time to get souvenirs and gifts during your trip, you can definitely grab some at the airport. You will also find a number of ATMs at the airport.

Getting to and from Airport

Taxi transportation is the most common way to get around Roatan including from the airport. You can also arrange transportation through your resort, which is often complimentary when booked in advance. The taxis are reliable, professional and affordable. Another option is Car Rental if you wish to drive yourself. The roads of Roatan are safe and smooth, and car rentals are very affordable.

Once you get to Roatan, there’s plenty of tour guides and island tours to choose from. Through these tours, you can explore the beautiful oceans and jungle by land or sea. The taxis and hotel or tour shuttles can take you to French Harbor, Coxen Hole, Big Bight, Oakridge, West Bay, Jonesville, and West End at pretty reasonable rates.

Start planning your Roatan Vacation with us!