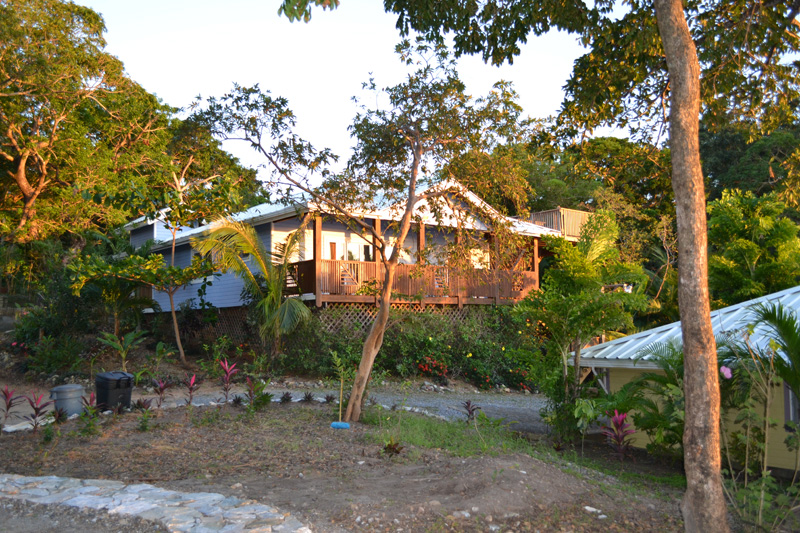 ‘They would come running up to you from wherever they were, and they’d be yelling ‘photo, photo!’ They’d stand there, and you would take their picture, then you’d show them on the back of the digital camera. They would be the happiest kids in the world’.

As Tabitha Boonstra showed the children of La Esperanza in Honduras their picture on her digital camera, she could not believe their reaction.

‘It was such a simple thing, yet it made them so happy’ she says guessing that there aren’t too many mirrors in rural Honduras. It was moments like this, and many others that made volunteering such a memorable experience for Tabitha of Ontario, Canada.

She spent three months helping to build houses and provide aid with sanitation projects in rural Honduras through the Global Volunteer Network (GVN), an organization that helps connect volunteers with communities in need. She had previously volunteered within her own community, working with children and people with special needs, but never anything like this.

‘I wanted to do something different’ she says, ‘and volunteering is a good way to go and learn a different culture’.

Tabitha really enjoyed volunteering, getting amongst the action, and using the opportunity to really make a difference to the lives of the people in Honduras.

‘I built houses for the indigenous people using trees, mud and adobe bricks.
I feel the living conditions of the people are greatly improved by this effort as less people are crammed into tiny houses and they have less drafty houses with better seals against animals and bugs. Some even got concrete floors put in, which greatly reduces health problems. The work was rewarding and seemed to make a big difference’ says Tabitha.

Rural poverty in Honduras is among the most severe in Latin America.
Approximately 53% of the population is rural, and it is estimated that 75% of the rural population lives below the poverty line, unable to meet basic needs. The country still has high rates of population growth, infant mortality, child malnutrition and illiteracy. Access to simple healthcare and sanitation is lacking, and it is estimated that over 30 percent of child deaths in Honduras are caused by a common and preventable digestive sickness.

On top of all of this, Honduras was hit severely by Hurricane Mitch in 1998, and the results were devastating. At least 5,000 people were killed and 70% of the country’s crops were destroyed. This has put more pressure on the already struggling economy, and has been a huge setback to development.

The Honduras building program helps foreign volunteers assist families to build or improve their homes and schools, with work including renovation, making bricks, building walls, painting and building wooden playgrounds for the local children. There are also sanitation programs in place, in order to implement basic plumbing, and to help educate the local children about health and wellbeing.

As there are very few tools, the volunteers do mainly manual work. Because they are often working with mud bricks, they can get pretty dirty, but it is lots of fun, and a great learning experience. You also need to be prepared to use your initiative in Honduras, as Tabitha found out.

‘Because you are a foreigner, they treated you in such a manner, that they felt you were above them. If you wanted to work, you had to pick up a shovel and say ‘give me something to do’, she says.

But once you do get amongst it, the people are very grateful for the assistance the volunteers give. It really has a positive effect on a community to know that a volunteer has given up time, money and comfort to help them.

‘It’s just natural for them to think that foreigners don’t care about third word countries or people who have a poor life. But when they see volunteers, they realize that some people in the world, no matter how rich they are or what their status, they do care about others, and that people are willing to help’, says Tabitha.

The program is not all hard work though, and there is lots of time to get to know your host family, or to explore the country and mingle with the locals. Tabitha loved being around the local children, and took any chance she could get to hang out with them.

‘Playing soccer with the kids was definitely the most fun. There are wide open spaces everywhere and you are playing on a dirt road. If you would kick a ball too far, it would go way down this mountainous hill, and all the kids would run down to go get it for you, clambering down it. They were so eager to help you out’. The memory of their smiling faces will be something that will stay with Tabitha for a long time.

Building in Honduras enables volunteers from more developed countries to use their skills and enthusiasm to assist in providing these people with a better life. Tabitha believes that the organization really does make a difference, and it is because of the volunteers that this happens.

‘I do feel like I have helped, because we built the houses. These people now have safer shelters and a more sanitary place to live in’.

Volunteering in a foreign country is such a unique experience, and quite different from being a tourist. Not only does the community benefit, but the volunteer also gets an opportunity of a lifetime.

‘You actually get to hang out with the locals, get to know them, become friends with them, and get an idea of what life is like there. When you travel you get to see the scenery and eat the food, but you don’t experience what life is actually like in that country’.

‘I could have just traveled for four months and maybe seen some cool things, but not bettered myself or anyone else. Because I volunteered with my time, it helped other people too, and I think that is just a great thing’.