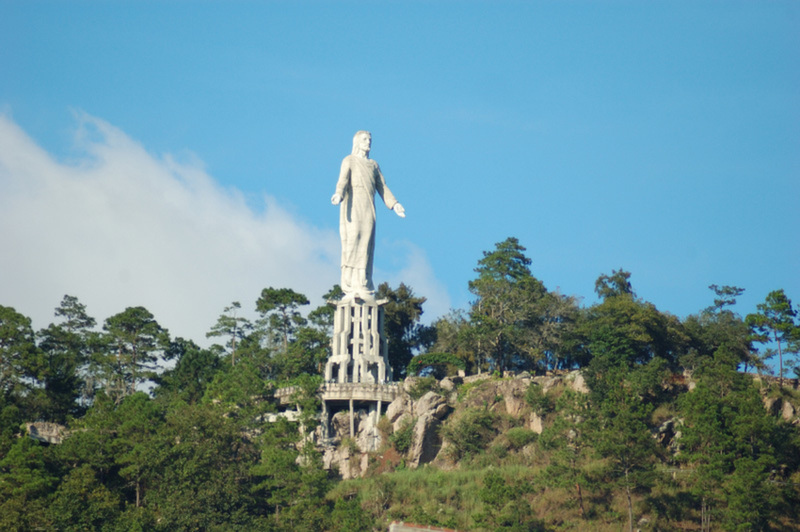 Tegucigalpa is the capital of Honduras, it is located in the southern part, in the province of Francisco Morazán. It is a city of contrasts and great history. The elevation is around 3,000 feet while the population is around one million as of May 2001. We’ll tell you everything you need to know about it.

LOCAL HISTORY
Native Americans were already living in the area of present-day Tegucigalpa, and calling it by that name, when the first Europeans–Spanish miners–arrived in the middle of the 1500s. (September 29, 1578 is the traditional founding date of the city, but modern historians have determined that this date is contrived.) The city was named capital of Honduras in 1880.

Those Native Americans were mostly of the Lenca people; unfortunately, their language is dead and not a lot is known about their culture. More information on the Lenca can be found in The Cost of Conquest by Linda Newson.

The early Spanish miners in Tegucigalpa found silver, mostly, which supports the theory that the city’s name meant “silver hill” in an indigenous language. Alas, those modern historians have again spoiled a good story by punching holes in this explanation; for one thing, the local Native Americans did not mine silver and so it is unlikely they would have named a hill for it. The meaning of the city’s name remains unknown; possibilities include “place where men meet” and “colored stones.”

The descendants of the Native Americans and Europeans in Tegucigalpa were joined, early in the 1900s, by two other ethnic groups–Arabs and Chinese. The Arabs continued to immigrate for about fifty years, and Chinese continue to come to this day. Both communities are visible in the capital; the two largest hardware store chains carry Arab names, and Chinese restaurants abound.

About one-third of Tegucigalpa–the area lying to the south and west of the Choluteca River–is known as Comayagüela. This was a separate city until 1938; Tegucigalpa and Comayagüela both are further subdivided into barrios.

The pedestrian street, or peatonal, offers coffee, pirated CDs, donuts, and people-watching.
Parque La Leona is a pleasant park with a good view of downtown–but don’t think you can skip a visit to El Picacho (below) because you have been to La Leona. If you stand by the statue of Morazán in the central park and look up north, La Leona is the first concrete thing you see as you drop your gaze down from the statue of Christ.

Francisco Morazán was a Honduran, born in Tegucigalpa, who served as president of Central America (1830-1840) during its short tenure as a united nation. His birthplace, one block north of the peatonal, is marked by a plaque off Calle Mendiete (on a the north wall of a building on the west side of the street.) He advocated free elections and popular education, and so was executed by conservatives in 1842.

The Villa Roy National Museum is seven blocks north of the northwest corner of the post office, which is four long blocks (down the peatonal) west of the cathedral–got that? The museum has an interesting collection, including vintage cars used by old Honduran dictators, but is also notable for its green grounds and beautiful main building, a former private residence.

ACTIVITIES
Popular destinations for tourists are the towns of Santa Lucia and Valle de Angeles to the east of the city. Valle de Angeles is the best place in the area, if not the entire nation, to buy souvenirs and craft items; it is especially well-known for its woodwork. Santa Lucia has a few shops but is better known for its beautiful views and nice old church. Valle de Angeles, the farther of the two, is an hour away by bus and quicker by car. Buses leave from Hospital San Felipe.

El Picacho is a national park on the north side of the city; that large statue of Christ is within it. Picacho offers an amazing view of the city; be sure to walk all the way to the foot of the statue for the overlook. The park also has a Confucian garden donated by the government of Taiwan, a United Nations garden, and the national zoo. The zoo is modest but does feature agoutis, coatimundis, and a big tapir straight out of a “Lothar of the Hill People” skit. Buses leave for the park from a stop one block south of Parque Finlay downtown; on weekends many buses go all the way to the park entrance but on weekdays they drop you off a twenty-minute walk away.

La Tigra is a national park encompassing a cloud forest to the north of Tegucigalpa. Elevations in the park are from over four thousand to nearly seven thousand feet. La Tigra is a beautiful and well-maintained park, with good hiking trails and a conscientious staff, but transportation there and lodging require planning. Call AMITIGRA, the caretakers of the park, at 504 235 8493 for information.

Santa Lucia
Two of the best professional soccer teams this side of Brazil play in Tegucigalpa–Olimpia and Motagua. These teams have supplied several great players to Major League Soccer in the United States, including Alex Pineda Chacon (Olimpia), the league Most Valuable Player in 2001; Milton Reyes (Motagua) of the Dallas Burn; and Amado Guevara (Motagua) of the NewYork/New Jersey MetroStars. Olimpia is now coached by Jose de la Paz Herrera, aka “Chelato” Ucles, the dean of Honduran soccer, who coached the last national team to make it to the World Cup finals (1982).

You may be able to see the Honduran national soccer team play in the capital; this squad was declared “Team of the Year” by FIFA, soccer’s international governing body, in 2001 in recognition of victories against giant nations such as Mexico, the United States, and Brazil. The team is currently trying to qualify for the 2006 World Cup in Germany. The Hondurans are competing against Guatemala, Costa Rica, and Canada for two slots in a six-team tournament to be played in 2005. Of those six teams, three will win berths to Germany and the fourth-place finisher will head to a playoff against the third-place team in the Asia region for another berth (got that?). So the smart money is on Honduras to get tickets to Germany after defeating Japan late in 2005. The U. S. team, which is somehow currently ranked seventh in the world by FIFA (I am not making this up), will squeak into the finals by finishing third, after Mexico and Costa Rica, with the usual nail-biter one-goal win over Trinidad and Tobago.

The Honduran national team was coached for a time by Bora Milutinovich, the wandering veteran of international soccer who coached the strong U.S. team in 1994 and has also directed China, Mexico, and Nigeria; he quit in July ‘04. Not promising for the seleccion . . .

The Cosmopolitan is a simple but clean and inexpensive hospedaje in the Guanacaste barrio. Rooms with private or shared baths. Its address for a taxi driver would be just cerca de la cancha, Guanacaste; it is across from the Superc-Jet laundry.

RESTAURANTS
Fine dining – El Patio, on Bulevar Morazan, is a local institution with great local food and decor. Heavy on meat dishes, they’ll probably make you a veggie kabob if you ask.

Tre Fratelli, located in barrio Palmira, is an outpost of a small chain from California. They have a website, www.trefratelli.com

Midrange – Downtown, the Pepe Chalet, one block east and one block north of the cathedral, offers good food and service in a historic building. Good lunch buffet.

Chomy’s – This chain has at least three locations–one downtown, half a block west of the southwest corner of the central park in the Pedro Asfura building; one behind the Los CastaZos shopping center, and one behind (south of) the U.S. Embassy.

Pizza House – One of the last Honduran pizza places holding the line against the influx of U.S. chains is Pizza House on Bulevar Morazán. Great wood-fire pizzas, delivery, high chairs; founded by a Honduran woman in 1986. Telephone 236 5184.

Budget – The Comedor Vegetariano is one block south and one block west of the post office. Offers vegetarian plates, soups, and fruit drinks.

NIGHTLIFE
The National Symphonic Orchestra plays in the Manuel Bonilla Theater, six blocks west of the cathedral downtown. 220 7206 for concert information, or check the theater.

El Paradiso – a café near the eastern of el centro near the arbolito. Coffee, tea, alcohol, some food; a patio with a few tables; a small bookstore; occasional concerts, films. Phone 237 0337.

WHEN TO GO AND WHY
I want to stress the positive about Teguz in this guide, but it sure does get smoggy in March and April. It’s the dry season, air tends to stagnate over the city, and many wildfires burn.

AUTHOR PROFILE
Eric Timar moved to Tegucigalpa in 1999 with his wife, Mary Wilcox, to work for three years with Mennonite Central Committee. Their daughter, Estelle, was born in the city in 2000. They are currently in exile in the U.S., plotting their return.