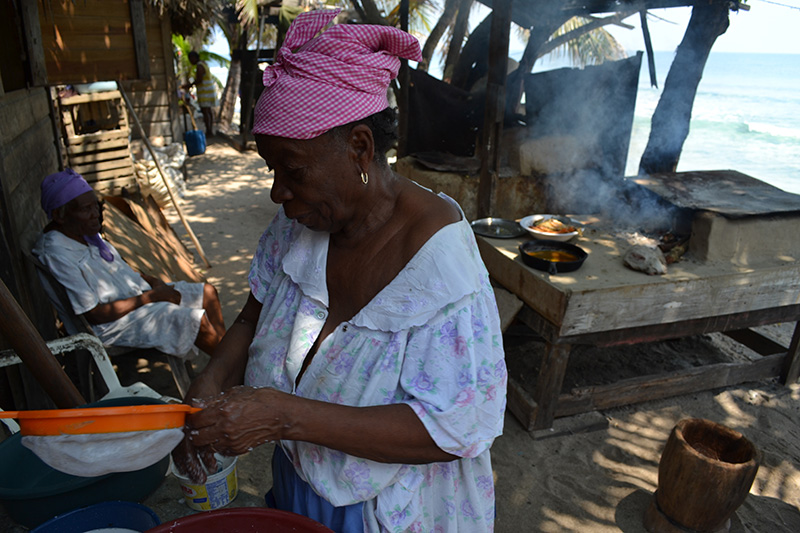 The Garifuna Language is an Arawakan language that is spoken by nearly 200,000 people in countries such as Nicaragua, Belize, Guatemala, and Honduras. Formerly known as Black Carib language, Garifuna language is also used by people who have migrated to the United States.

When African slaves interacted with the Caribs of Saint Vincent and Dominica, a new ethnic group called the Garifuna was born.  In 1797, the British forces deported this group to Central America, but it was not before 1832 that the majority of the group arrived in Central America. During transportation, these slaves managed to escape to St. Vincent because of a shipwreck in the Lesser Antilles. After they arrived at St. Vincent, they got in contact with a local Arawak tribe and adopted their culture, as well as their language and singing.

The Lesser Antilles islands were invaded by Caribs who claimed to be the descendants from the Galibi, a small Brazilian Cariban group, also known as French Guiana today. The language remained similar to the Arawakan people, but with Carib forms being substituted for Arawakan equivalents, that were based on an old Carib pidgin. The Arawakan language spoken by women did not change at all, but the Garífuna men’s forms that were derived from Carib were unfortunately lost. This fact helps us understand how Garifuna can be an Arawakan language, but carry a name with Cariban roots and connections.