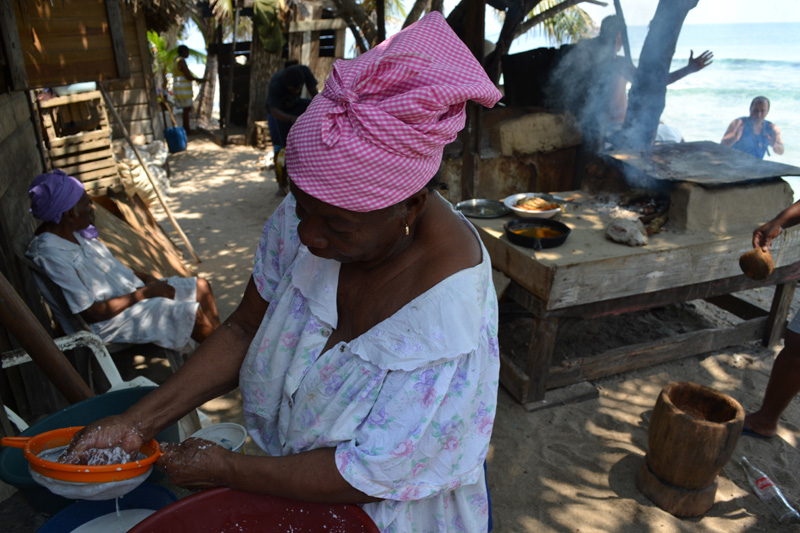 The Garifuna people have a long and interesting history, and anyone who travels to or relocates to Central America should make sure to learn and understand that history and culture. Today’s Garifunas are descendants from Arawak, Carib, and West Africans. The British Colonialists gave the people the name Garifuna and Black Carib. They were Africans who intermarried with the local population, and the term was to differentiate them from the natives who did not intermarry. The terms the British used for the natives were Yellow Carib and Red Carib. The tightknit Garifuna people today live in many areas of Central American, including the Honduran island of Roatan.

The language of the Garifuna is an interesting amalgam of Carib and Arawak, although it also contains elements of other languages, including Spanish, English, and even French. Most of the Garifuna speak this language, along with at least one or two other languages, most notably English and Spanish. The languages they speak generally depend on their nationality. If they are from Belize, where they official language is English they will speak their own language as well as English. One of the most interesting features of the language is that some of the vocabulary is used only by men and some of the vocabulary is used only by women. The complexity of the language can make it difficult for many to learn.

Despite being in Central America and around so many other cultures, the Garifuna have been able to maintain their own unique culture over the years, even though they do feel the influence of other cultures on their own. In fact, in 2001, UNESCO said the “language, dance, and music of the Garifuna was a Masterpiece of the Oral and Intangible Heritage of Humanity in Nicaragua”. They have a unique musical and dancing style, called punta. It is a traditional style, but that does not mean the Garifuna are stuck in the past. They also have modern and updated versions of their music called punta rock. They also have a number of other dances and music in their rich culture.

Most of the people still have their own system of religion, a blend of the Amerindian and African past. They also have quite a bit of influence from Catholicism in their religion. A part of their religion, Gubida, is very important; it utilizes different types of rituals, dreams and possession, to enter altered states of consciousness. They believe the altered states are due to a spirit possession.

If you plan to vacation in Roatan, or even relocate to the region, knowing about the history and cultures found on the island can help make your vacation better and your relocation smoother. You can start to understand the interplay of the various cultures on the island. Learn more about all of the different people who make up the population of the island for your own benefit and edification. You will find tragedy, beauty, and strength in the history of the Garifuna people.