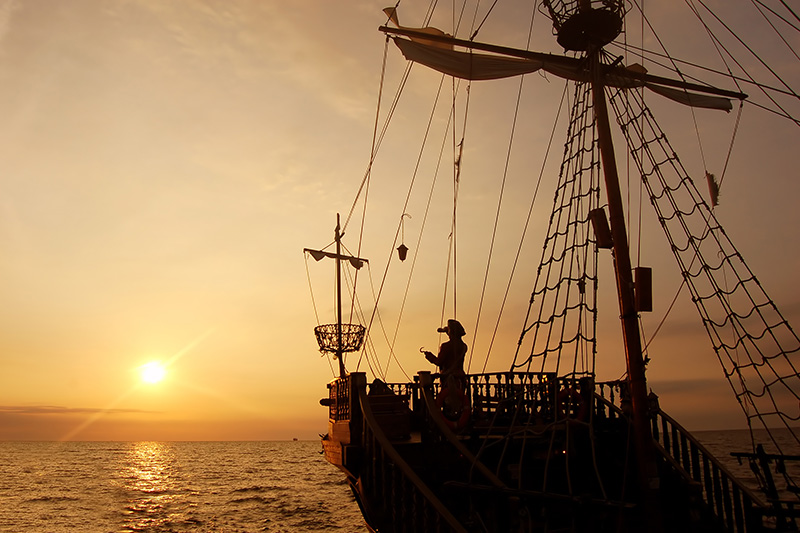 The history of Honduras should interest any visitor to the area. The Bay Islands in particular have an intriguing past filled battles, piracy, and an eclectic array of cultures. From that varied past, you can now visit the various ruins of forts in Honduras, including on the island of Roatan.

The Bay Islands of Honduras were the last island stopping point for Christopher Columbus and his crew on their fourth and final journey across the Atlantic. It was from the Bay Island of Guanaja that they set sail to finally find themselves upon the shore of an entire continent.

From that first European landfall, the Bay Islands became a bit of a battleground as Europeans began flooding into the Caribbean in search of treasure and lands to conquer. The Spanish and English began a tug-of-war over the Bay Islands, resulting in a fascinating mixture of cultures we still see on the islands today.

Throughout this period of constant confrontation, the island of Roatan became a strategic location for its proximity to the mainland and deep waters just offshore.

The original English settlement at Port Royal, on Roatan’s East End, brought loggers to the island. Those same loggers also started dabbling in piracy from their strategic location in Old Port Royal. From there, it was easy to launch an attack on passing Spanish ships carrying treasure from the mainland back toward Europe.

Of course, the Spanish didn’t appreciate this type of activity and sought out the source: the fort at Port Royal. Their attacks to root out the pirates of Port Royal were originally foiled because of the strategic defensive position of the fort. In time, with persistence, the fort was taken and the pirate base minimized.

That wasn’t the end of piracy in Roatan, however. Famous pirates made the island into a temporary home, including Henry Morgan, who hid out in Old Port Royal. You can still visit the remains of the old fort there today.