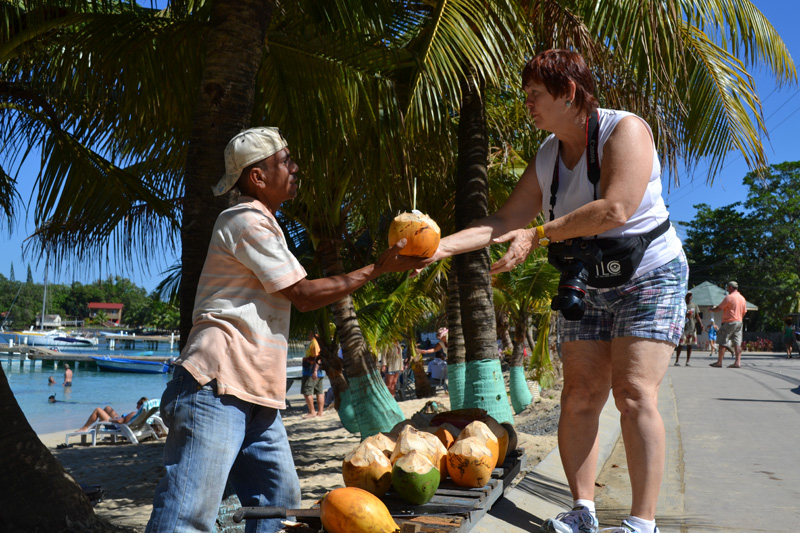 In Honduras there are several options for eating out. In the principal towns and cities you can find a wide variety of restaurants with varying price ranges. The larger cities also have international options as well as local eateries. The less expensive places are known as comedores.

People can also buy cheap snacks on the street and in the markets, such as fruit and grilled corn. The different regions of Honduras have a variety of particular specialties.

The standard breakfast in Honduras is a plate of eggs, normally scrambled, tortillas, cheese and ham, which is highly fulfilling. For those wanting a more western option, breakfasts such as cornflakes are available.

One of the most common foods, which can be found all over the country is the baleada, a white flour tortilla filled with beans, cheese, and cream. Baleadas are sold on the numerous snack vendors lining the streets, an inexpensive and fulfilling snack, several baleadas could constitute a meal. Many of the street vendors also sell Tajadas, which is fried plantain.

A more imaginative dish in Honduras is the delicious Pinchos, a shish kebab, which is skewered and then grilled with plenty of vegetables. This meal is served with an anafre, this is a heated clay pot filled with beans, cheese and cream, great accompanied with toasted tortillas.

Visitors to Honduras cannot avoid the temptation for the freshly caught seafood on the North Coast and on the Bay Islands. Lobster, shrimp and conch are always found on the menu in a selection of different dishes. Sopa de Caracol is one of the dishes and is a conch soup made with coconut milk, potatoes and sometimes a hint of curry. In many of the Garifuna villages along the North Coast locals grill red snapper accompanied with rice and vegetables.

The national dish of Honduras is Plato Tipico, a plate of food with many accompaniments including beef, the stable diet of the country, fried plantain, beans, marinated cabbage, sour cream, and plenty of tortillas on the side.

The main and stable diet in Honduras consists of meat, and there are options for vegetarians however few. The most easily available dish would be rice, beans and cooked vegetables.

The Honduran people are also very enthusiastic about fast food. Many of the fast food chains from the United States have made their way to Honduras, primarily in the big cities.

The flavors of Honduras offer the visitor a variety of eating options and just another reason to visit and explore this wonderful country.