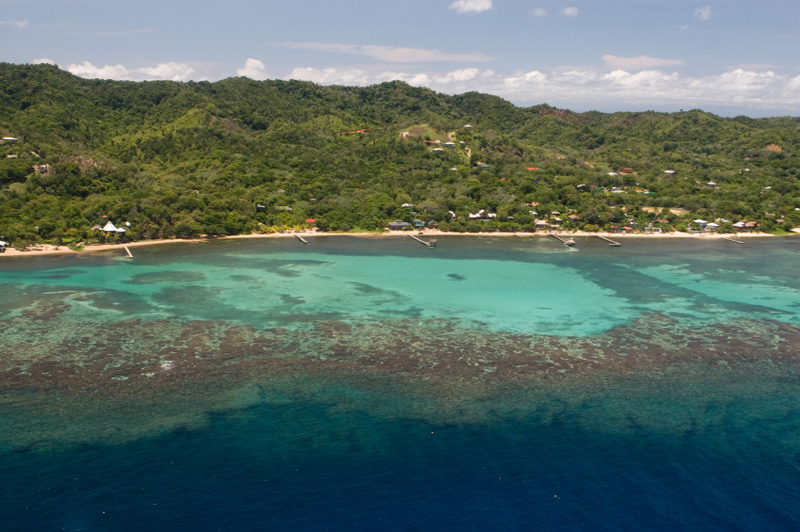 When you live on or vacation on Roatan, you are sharing the same space that was once home to some rather famous residents, as well as visitors. The early inhabitants of the island were actually the Mayan people. They were a large part of much of Central America at the time. When Columbus made his last journey overseas, he stumbled upon Roatan and the Mayans. The island’s beauty helped to make it an ideal place in which to settle, and that’s just what many colonists did. Of course, the colonists were not alone. The island, and indeed the entire Caribbean, was a haven for pirates.

Today, it is still possible to find a number of pirate caves all around the island. This helps to give Roatan an even more exciting feel as you explore all of the island’s nooks and crannies!

The pirates were not the only ones who wanted the island though. It had a good location, and both the Spanish and the English wanted the entire island. Just as the pirates knew, Spain and England saw that it could offer a good strategic position in the area. They were willing to fight for it too. In 1650, Spain began to attack Port Royal in an attempt to take it from the pirates. After a number of battles, the pirates actually surrendered. Less than a hundred years later, the English settled in the area of Port Royal, only to leave it to the Spanish forty years later.

Power changed hands on the island a number of times over the years. Thanks to the diversity of cultures to have made their home on the island, it became something of a melting pot. Today, it is easy to see the diverseness all of these cultures brought to the table.

The area is just as popular in the modern day, although they no longer have to worry about an invasion of pirates! The Bay Islands and Roatan are popular destinations today for many vacationers, including some rather famous people. The islands in the area are popular for celebs such as Christopher Lambert, Richard Gere, Michael Douglas, and Cameron Diaz. They appreciate the beauty of the Caribbean just as much as everyone else does.

You Don’t Need to Be Famous

While the island is alluring to famous people, you already know you don’t need to be rich, famous, or into piracy to enjoy everything the island has to offer! The island has wonderful accommodations for every budget and plenty of things to see and do.