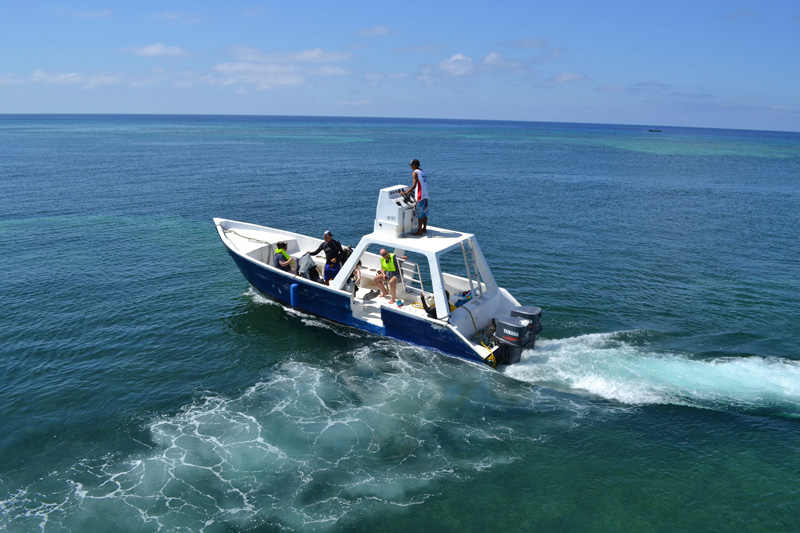 In 2004 CCC ran the Travel Writer of the Year Competition where participants were asked to write about their expedition experiences. The competition offered a rare opportunity for volunteers and field staff,  to demonstrate their travel writing skills for a fantastic three-week CCC expedition for the winner!

Response to the competition was excellent, with entrees of a very high standard. Judging the competition was the Founder & Managing Director of CCC and three Directors. We are pleased to announce that Ryan Shorthouse, a Volunteer on Project Bay Islands Honduras, was selected CCC Travel Writer of the Year 2004.

CCC would like to thank everyone that entered the competition. Articles submitted will be used to inform and inspire other Volunteers to join CCC’s global conservation efforts.

Winning Entry: Reflections on my first days living in a small coastal Honduran village in the middle of the Caribbean Sea

After two days of tiring travel, I have finally arrived at Coral Lodge- quite literally, a wooden hut on what feels like the edge of the world. Romantic, really. Yet, I’m exhausted from jet-lag; Honduras is seven hours behind, so sat here now in the mid-afternoon sun is equivalent to when I should be tucking up into my soft, comfortable bed. I go to pick up my hot milk and cookie in factâ€¦but then am brought round by the immense heat. English evenings rarely exceed thirty degrees centigrade, I remind myself.

Opposite our dock is Rose Keys, an island covered with lush mangroves, and further still is the mountainous mainland, a dark shadow looming on the horizon; this view, which I still haven’t got round to fully appreciating (mainly because the screams of a baby on the long-haul flight are still ringing in my ear), is occasionally interrupted, the locals rushing by in their motor boats, crying greetings, or wolf-whistles, if the girls are indulging in some sunbathing. Quite simply, this is beautiful- far from the lines of cars and streets of concrete that embody London. Tiredness does not affect you that much here- there are no traffic jams to cause a headache, no critics to impress with a flawless, no bags under the eyes, appearance. Living in the heart of Santa Helene, the clear Caribbean Sea all around you, life is brought into perspective- at last there is contentment with what you have, for me a landscape few experience and many still dream of. Yet, there should be gratification. For doubts creep in…

…The toilet: it reeks. My bedroom is charming, luxury compared to what I expected. Living with four guys, bunks galore, is a reminder of school trips and scout camps, with plenty of boisterous misbehaviour to come. But behind the curtain lies a terror legions of volunteers from Coral Cay have failed to remove, probably because an environmentally concerned Expedition Leader bans the flushing of the toilet after a wee, permitting it only after the much awaited ‘Poo O’clock’ (even then, the paper must be put in a separate bin liner, always a pleasant surprise for the person on Toilet Duty who has to burn all the paper at the end of the day). Consequently, the whiff of wee infiltrates the sleeping area, only biogradeable soap used for body wash after a bucket shower a strong enough cure. Still, I should stop complaining; I have strategically placed myself on the top bunk, becoming the principal recipient of a nightly breeze through the window, forcing the smell down to the poor bugger on the bottom bunk.

Such a minor grievance is clouded over by the knowledge that I have just completed my first snorkel in the Caribbean Sea. Seeing an abundance of colourful fish and city of corals, I feel immensely uplifted. Plus, the Expedition Leader has just called for all the toilets to be bleached. Hallelujah! Evening fast approaches, by six it will be dark, and I am sat playing cards, socialising and drinking a local favourite- a quasi-‘Lilt’, commonly called ‘Reef’. My earlier tiredness, punctuated by the immense heat, has disappeared; anyway, a regular jump in the cool sea will counter the high temperature.

The stars are soon plentiful, and there are blazing storms on the horizon; this is the place people only get to dream of. I may be sunburnt, slapping on the calamine lotion to soothe the pain, and this basic life is far from home comforts- bats in the bedroom and no hot showers- but I am so glad to be here. Tomorrow, I join a team called Ming- aptly named after the tropical disease. I will be thrown into cooking; let’s hope my first major impact on the group of twenty plus people is not food poisoning. Cockroaches may jump into my bed, but we will sleep well tonight- me and a few bugs.

Dan, our boat driver and a somewhat respected gentleman of the village, has warned of a hurricane. He speaks as if it’s a big football match, the whole village excited about its arrival; for me, it’s not the most reassuring thought to wake to, especially at 6am when the head is still light. This must be a dream..No, the soggy cereals and stale bread for breakfast indicate to me that this can be no other than Coral Lodge. It’s the first morning that it’s been cold and wet. Normally, a shaft of sunlight filters through the wooden shutters, easing the process of waking with a reminder that we are living in a type of paradise for a few weeks of our lives. Yet, we cannot fool ourselves that this is utopia for the Santa Helene villagers; life is tough- water cannot be acquired through the simple switching on of a tap, some walk miles to get three or four buckets of water from the well.

The group is grumpy, specially as many of us are wearing the infamous rain jacket that we bought but thought we’d never wear. Weary as I am of the forecasted hurricane, a prediction made somewhat more believable by the fact were smack bang in the middle of the Central American Hurricane season, it would admittedly be quite fun to have to hide in the Mission at the heart of the village as gusts of wind throw wood and, wait a minute, probably my thousand pounds worth of diving equipment, through the air. Oh well, who ever knew how to use that bloody dive compass anyway? We would make world news as well, if it’s the mammoth Hurricane Bonny, which recently caused havoc in Florida and is now heading our way, via Cuba…

..Dan has just informed us that the hurricane has passed, and is heading for the West End, which our Expedition Leader, with a small spit, calls Plastic Town. Quite disappointing really. At least parents won’t worry. The plus side is that we get our two dives for the day. I am beginning to master the skills, apart from buoyancy which I guess still needs to be refined- the clue lay in the dive trainer tapping her tank as I caused sand storms with my flippers (oops, fins!) and became a hazard for fish as I flapped my arms in an attempt to stay neutrally buoyant in an oh so sleek pro diver way. Underwater, there comes a rare feeling of peace: all is tranquil, quiet. It’s just you and a boundless ocean. Well, apart from your buddy who keeps making an ‘O’ with their index finger and thumb. “Yes, I’m bloody ok! Let me just enjoy the Fair Basslett, ok?!” After practice, and theoretically when you’re a fully certified Advanced Open Water Diver, just like those cool people on the video from the eighties with big hair wearing ultra-shiny Lycra, you begin to breathe effortlessly, swimming streamline just above the ocean floor; you metamorphose into one of the ocean’s creatures for thirty-seven minutes of your life. Or at least I thought I swam as smoothly as a ray, others thought an octopus was a more fitting description.

I swing in a hammock, reflecting on the past couple of days. Even the lows, regular sea-sickness due to choppy water, have coloured the whole experience so far. And strangely, the feeling after being sick is quite euphoric, particularly when you rise from the side of the boat, leaving last night’s carrots for the barracuda, to see a clear blue sky, the odd pelican flying overhead, and the turquoise water going ever on till the horizon, where the world seems to end, the kingdom of water finally meeting the sky. There is no rush here, no desire to have food in your mouth five minutes from ordering it. I am no longer constantly searching for something; I am just waiting; waiting for the sun to set, watching a golden light fall upon the whole village, stirring warm thoughts.

Rest day- and much deserved. Waking up at the crack of dawn is not so bad, but a lie-in now and then is a rare treat. The Science Officer plans to take us to the northern side of Santa Helene, snorkelling for penicillus capitatus and..well..other algae. We trek for a good twenty five minutes, passing the friendly locals, the elders greeting us politely and the children running up with an excitement that can only make you smile. Then we approach a small jungle, passing through a tapestry of shapely trees, ducking for stray branches, avoiding any deviance from the path as for fear of snakes. Eventually we reach the northern shore, a fitting emblem of the juxtaposition that exits within Roatan: beauty surrounded by poverty. A dead dog and a collection of litter come into sharp contrast with the gorgeous white sand.

Still, such troubles, even the smelly toilet, unbleached for five days I tell myself, adds to the novelty of the experience. Literally, three weeks in Santa Helene, is not long enough.

By RYAN SHORTHOUSE, Winner of the CCC Travel Writer of the Year 2004

To find out more visit:
http://www.coralcay.org