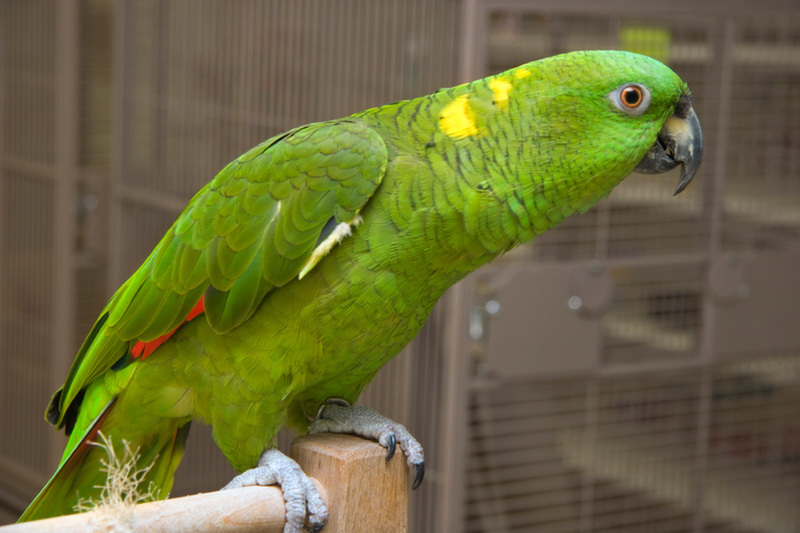 The handbook all zealous bird watchers have been awaiting is now readily available, “Birding Honduras; A Checklist and Guide.” This book, written by two devoted birders and admirers of Honduras, has been dedicated solely to the bird life of the Central American country.

Honduras, located in Northern Central America, is barely known to the international world, however the country has a considerable amount to offer both travelers and ecologists. Honduras is one of the least developed countries in Central America, and its outstanding beauty makes it a haven for many enthusiasts, who are seeking the opportunity to get away from the confines of established tourist destinations.

Honduras contains many unique natural habitats. It has an extensive Caribbean coast line, and a slightly smaller pacific coast. Three-quarters of Honduras consists of rugged hills and mountains that range from 300 to nearly 2850 meters. The country contains cloud forests, lagoons, tropical rivers and is the home of the famous Mosquitia region. This area is of huge interest to ecotourism, people are attracted to its well-preserved wilderness and plentiful flora and fauna.

Both Mark Bonta and David L. Anderson arrived in Honduras as Peace Corps Volunteers in 1991, working on inventories in different regions of the country. Mark Bonta went on to receive a graduate degree in geography. His thesis focused on the people and the birds of the Central Olancho region of Honduras. Anderson also themed his masters around the birds of Honduras. Both Bonta and Anderson whose extensive interest in Honduras and birds combined to write “Birding Honduras; A Checklist and Guide.” They also wanted to try and publicize under valued Honduras, because the book also provides other details which might be of interest to a bird lover. For example the book contains a section called ‘Birds in Honduras Culture; Tradition and Conservation’. Bonta and Anderson’s intention was not only to appeal to birders, but also to ecotourists and conservation planners.

Honduras has often been overlooked by many ornithologists. Numerous books have been written on countries such as Mexico, Costa Rica, Panama and Columbia. However before “Birding Honduras” there was no text which contained a full directory of the birds of Honduras. The book catalogues all 701 known species of birds in Honduras, and these are described in this one volume. “Birding Honduras” is the only publication that contains thorough information on species, including altitudes, biogeographic regions, habitats and migration status.

For many people, Honduras may seem like a difficult country to visit and explore. In the past few years a few birding tours have begun to be offered in the country, due to this the vast amount of National Parks might seem a bit daunting to the regular birder. The abundance of forest and tropical flora in Honduras provides much for the novice, experienced birder or even for adventurers. The authors of “Birding Honduras” have produced a book that along with other texts will help any one intending to visit the extensive wildlife of the country. In the chapter titled ‘Why and How to Bird Honduras’ the authors attempt to lure birders to Honduras with a summary of the most prominent birds present specifically, Motmots which populate Honduras more than any other Central American country.

The ‘Birding Routes’ section of the book describes many sites and recommended itineraries. These routes will suit different levels of experience, varying lengths of stay; from a single day of birding to one month. Within, the authors provide detailed accounts and suggestions regarding the plethora of birds as well as the local niches and habitats. In some areas one might be able to sight 400 species of birds; including the most sought after species; Resplendent Quetzal, Harpy Eagles, Scarlet and Great Green Macaws, Golden Cheeked Warbler, Jabiru and the rare and endemic Honduran Emerald.

‘How to use the Annotated Checklist’ will help the reader comprehend the codes which will be presented in the “Annotated Checklist’ for each species for their altitude range, frequency, local range, population status and habitat. Mark Bonta has also developed a new biogeographical classification system in order to characterize the local ranges. This has been achieved by dividing Honduras into marine, aquatic, terrestrial lowland, and terrestrial highland biogeographic provinces. These provinces have been further separated into regions and sub regions. This has been done in order to allow the reader to appreciate the diversity of bird life as well as the abundance of aerial habitats.

Birding Honduras; A Checklist and Guide is a must read for all lovers of tropical nature and for all visitors to Honduras who decide to explore the countries natural wonderland.